“The sound of SHARP. defies definition as the nuances present in his work are numerous. At times mood-shifting and melodic, SHARP. isn’t simply a producer who shapes sounds. He is a prime example of how “the Bronx keeps creating it” at a high level.” - D.L. Chandler

In Hip-Hop lore, the Bronx remains vaunted for well-informed practitioners and observers, given the fact it is indeed the birthplace of the globally influential culture. Audio auteur SHARP. is part of a storied legacy of producers who hail from the proud New York City borough, continuing the tradition by both embracing and defying convention.

The Puerto Rican/Dominican beatsmith discovered Hip-Hop early on as the airwaves served as hubs for legends like DJ Red Alert, Chuck Chillout, Pete Rock and Marley Marl, and the late Mr. Magic. The avid baseball fan found that roaming Fordham Road gave him unlimited access to the music that informed his youth.

The late 1980s opened new levels of participation in Hip-Hop for a young SHARP., first as a dancer and DJ for his fledgling Hip-Hop group. As the 1990s rolled in, SHARP opened the next chamber of his artistry by creating pause tapes for the group while learning the finer points of crate-digging, sampling, and music production.

Under the tutelage of former MTV VJ K.K. Holiday in the mid-1990s, SHARP.’s grassroots foundation was upgraded significantly, and a move to Atlanta proved fruitful as he worked within a production team that shaped the early sounds of Ludacris prior to his major label deal with Def Jam.

After the turn of the century, SHARP. continued to perfect his sound via the MPC3000 and later studying at Florida’s Full Sail University, earning a degree in music production. While in the Orlando area, SHARP. crossed paths with one of the region’s sharpest lyricists in MidaZ the Beast, forming the “steel sharpens steel” partnership that exists today.

SHARP.’s debut instrumental album, THE THUMP COLLECTION, arrived in 2010 and the following year a DJ residency in Central Florida opened the pathway for the producer to dive into music full-time. In 2012, SHARP. and MidaZ released the LOOPS album, an acclaimed collection of razor-sharp verses and well-honed production that garnered the attention of tastemakers and listeners, including The Alchemist.

SHARP. credits !llmind for expanding his technique beyond sampling, taking the celebrated producer’s suggestion to study music theory and work outside his traditional confines. Prior to this meeting, SHARP. relied heavily on samples to create his sound​ and the creative shift added layers to his formidable strengths.

SHARP.’s ever-curious approach to music and production inspired him to create original sounds and rely less on the dusty crates of his youth. This gave way to working with an agency that placed his productions across various networks such as Viceland, HBO, ESPN, and Nike.

Even with his professional advancements, SHARP. remained true to his core as a sound provider for artists that embodied the drive and hunger he too shared. Most notably in 2016, Long Island’s Hus Kingpin enlisted SHARP. to remix a track from the Wave Lord’s HOKTRE project.

The sound of SHARP defies definition as the nuances present in his work are numerous. At times mood-shifting and melodic, SHARP isn’t simply a producer who shapes sounds. He is a prime example of how “the Bronx keeps creating it” at a high level.

1) MidaZ the BEAST smacks ya up with that “LiveN***aRap” over a SHARP. crafted, top tier production! “Pardon” the Hip Hop Heavyweights for bumrushing the set but y’all should’ve known they were gonna stomp out your entire operation! This is mic mastery of a greater magnitude than you could ever imagine backed by a soundscape that puts other tracks to shame!!! 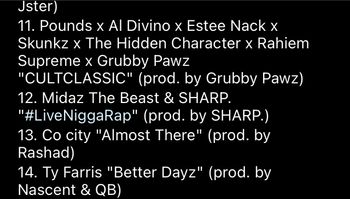 Rap Is Out of Control DJ Eclipes 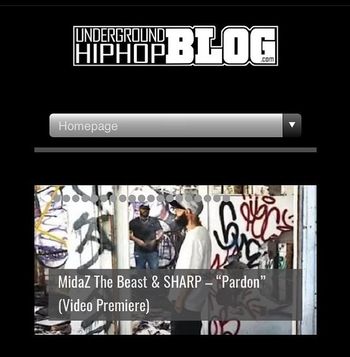 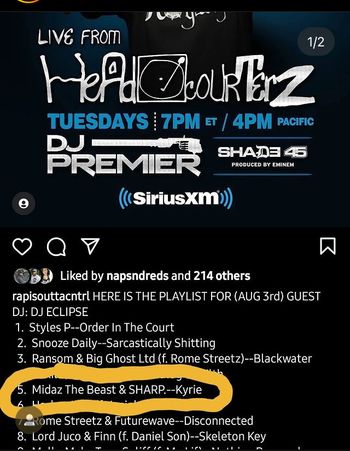 Live From The Headquarterz DJ Premier 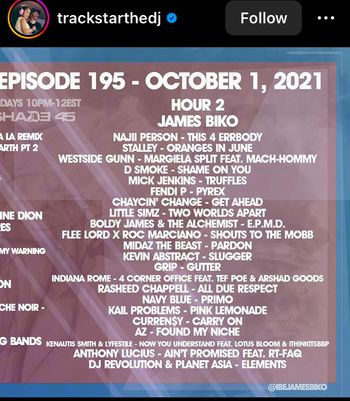 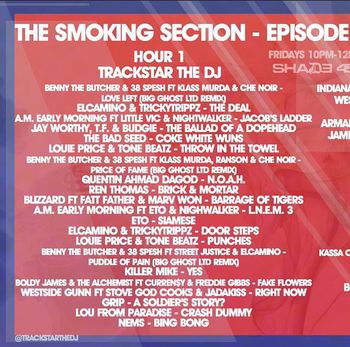 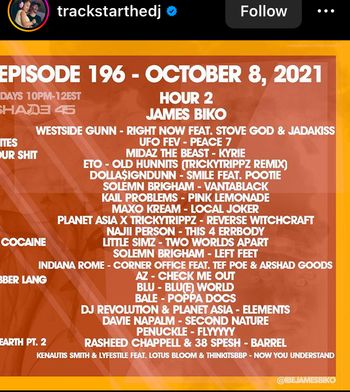